"Us & them, Standing Rock #2"
On the hill top behind Mychal (The Navajo woman in the photo) are heavily armed National Guardsmen, Sheriffs, Police and DAPL hired guns, ready to repel the Sioux and their supporters, from gaining access to an ancient Sioux burial site.
I ask everyone I photograph for the "Us & Them" project, to write something from their heart. The script in red at the top of the print is what Mychal wrote.
In Diné it reads, "To be of the people means you must have reverence and care for all the resources and all the beauty of this world."

48"x60" print made from 9- 16"x20" sheets of gelatin silver paper, each individually developed and toned, then mounted in a Steel frame with 5 gallons of acrylic resin poured over the print. 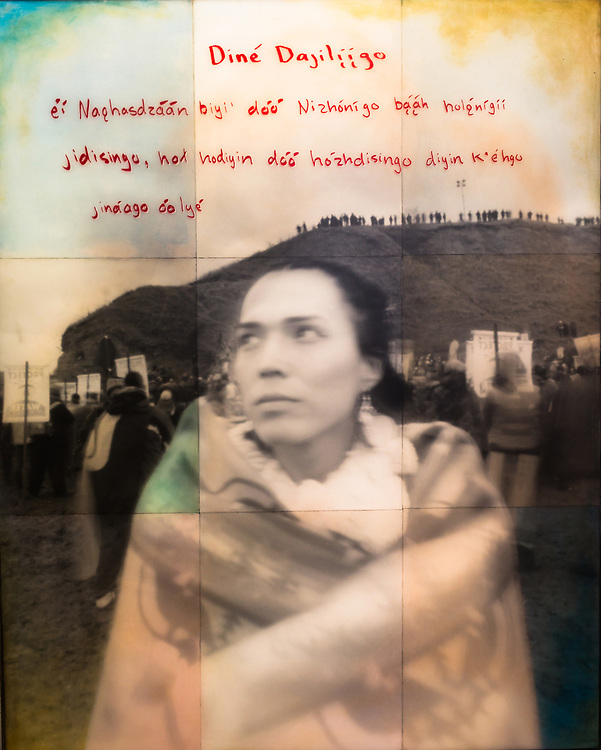