"Us & Them" camera, side view.
The "Us & Them" Camera made for this project is constructed from aircraft aluminum, titanium, steel, brass, copper, silver and glass. The camera contains artifacts that relate the subject of "Us & Them". In the front of the camera hangs a silver crucifix that once belonged to Eva Braun (Adolf Hitlers wife), and has Evas monogram on the back. In the three silver pyramids on the top and sides of the camera, are chambers containing a human artifacts from the Vietnam war. They were donated by a U.S. Vietnam Vet, and were part of his "proof of kill box" where he was required to take a body part from everyone he killed during the war. The back of the camera is a glass and rusty steel chamber. All of the glass I found in the Palestinian territories. Inside the chamber is an armband from WWII with a yellow Star of David on it. On the left side of the armband is a red stamp signifying that the owner of the armband was a registered Jew with the Nazi party. And wrapped around the armband is barbed wire that I picked up at the Israeli/Syrian border and was from the 1967 Six Day War. Interestingly while I was at the Syrian border, I experienced a massive air strike and bombing campaign from U.S. or Russian forces on a town close to the border. You could also hear antiaircraft fairly close to our position. 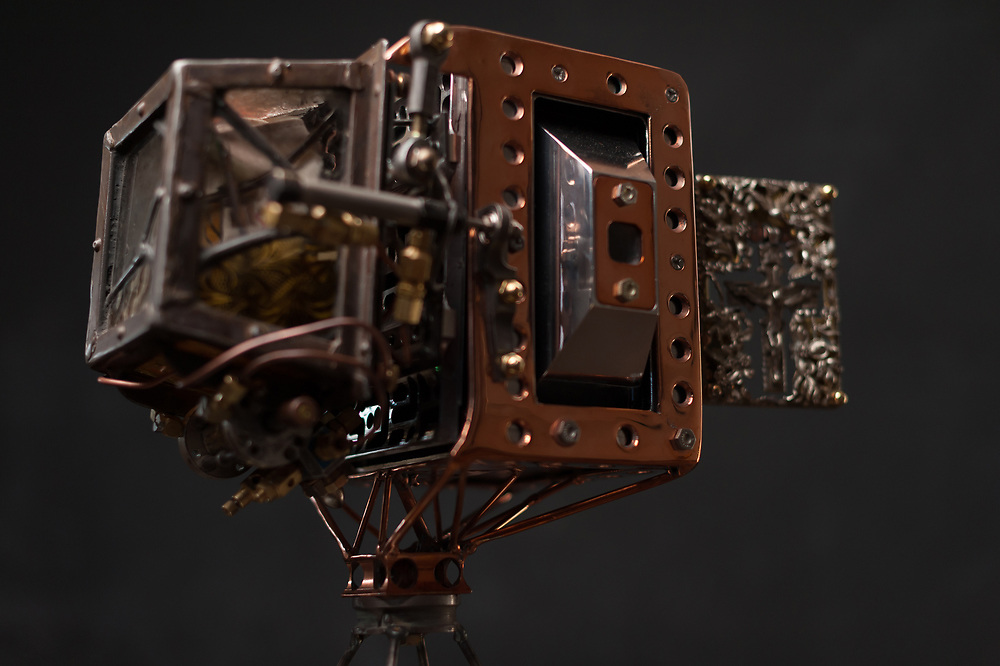